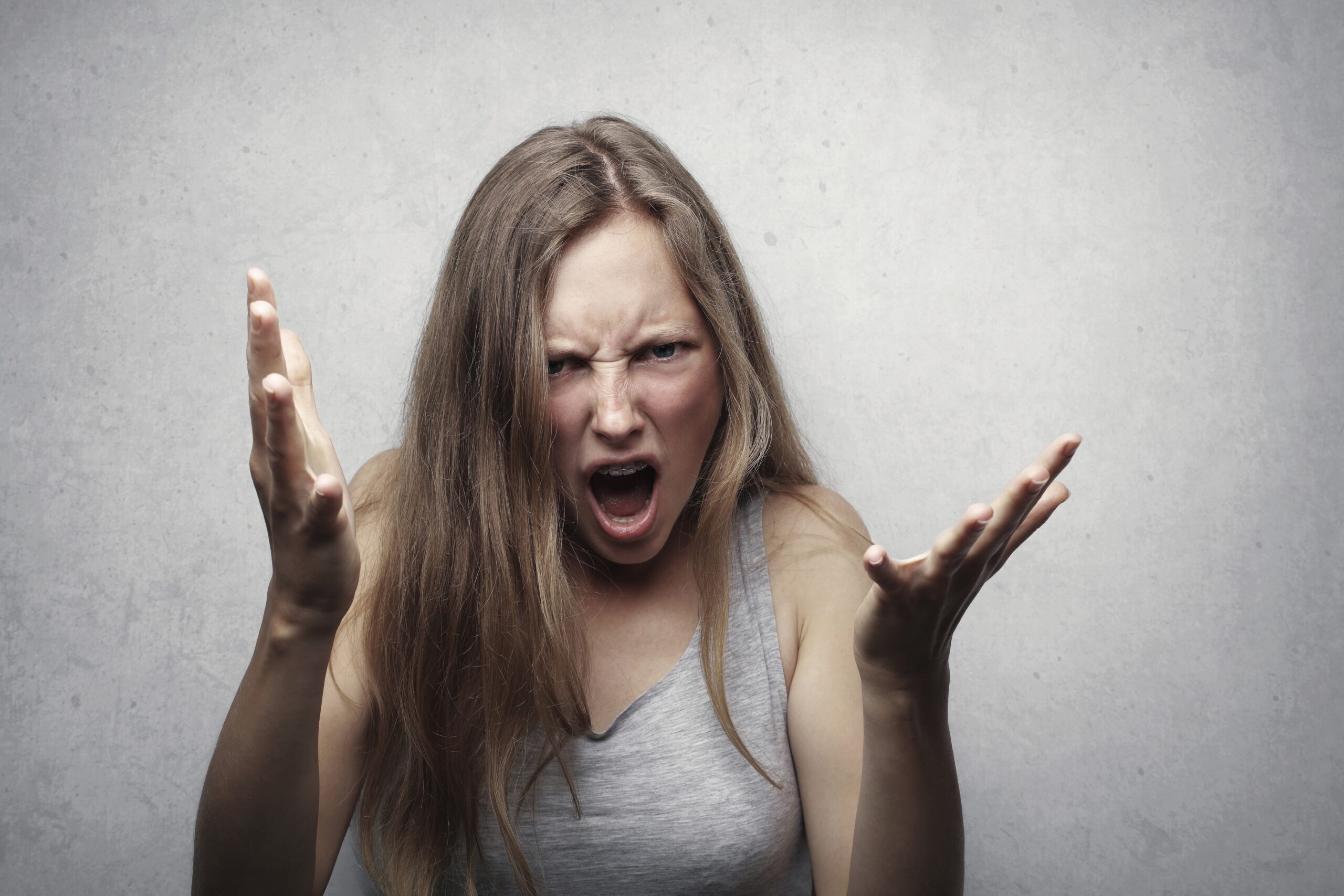 The Housewife vs. Career Woman Debate is Absurd

My grandmother was born in the 1930’s to an emigrated Palestinian family who left the middle east for the Dominican Republic in the midst of deep political and civil unrest in the region.

Her mother, my great-grandmother, widowed young, being left to care for three little girls in a foreign country which was at the time immersed in a fierce totalitarian dictatorship that threatened the lives of women and men alike.

If there is one word that defined my grandmother, though, it was fierce. Despite her upbringing (or perhaps because of it), she became a life force that defied the conventions of her time. As a young woman, she had challenged her own mother’s wishes and turned down a marriage proposal from my grandfather to get a degree in law. She became the first female lawyer of the Dominican Republic, admired by professors and laypeople alike.

As a child, I remember sitting on the wooden bench in my grandparent’s kitchen, watching her debate politics, society, or religion with the many guests who visited her home. She was clear-minded, opinionated, and loud. I was impressed by her (and a little bit scared).

My grandmother was, however, a woman of her time. As soon as she finished her law degree she married my grandfather and would go on to become a mother of four and my grandfather’s right hand in the family business, a popular textile and fashion boutique in the country’s capital. She never practiced law again.

Shortly before her passing, I asked her why she had made such a decision. Why had she not pursued her career ambitions after becoming a mother and wife?

Her answer baffled me and led me to question my own opinions about motherhood and career. She said: ‘’Women like us don’t do such things’’.

By the time I had exited my mother’s womb in the 1980s, the world was nothing like the one my grandmother had lived in as a young woman. The Second Wave of feminism in the 1960’s and 1970’s had successfully fought to get women out of their homes and back into the workplace. Millions around the world breathed with relief as a woman’s self-worth was no longer measured according to their capacity to have children or take care of their homes and husband.

There is one thing, however, that my grandmother and I have in common. It is this: Nobody ever asked us what we actually wanted. My grandmother was expected to raise children and take care of her husband and home, no questions asked.

Women today are expected to prioritize their careers above taking care of their homes and families, no questions asked.

Many women of my generation have done their homework: they have one or two university degrees in their name and have worked hard in their fields of choice, only to discover that their high-flying careers have done little to advance their sense of fulfillment and empowerment in the world.

This is especially true for new mothers, for whom the experience of holding their newborn baby in their arms is a breakthrough moment from which they can never go back. New motherhood is simultaneously hard and a deeply joyful and grounding experience that puts women in touch with who they really are and what they actually want in life. Suddenly, old relationships are challenged or transformed, values are aligned, and deep lifestyle changes are made.

For many, this extends to their careers too.

Many women start to question: if motherhood feels so real, why does my career feel so out of sync?

Yet women who choose to put their careers on hold to take care of their children, even if only for a few months, are systematically looked down on, their actions deemed ‘antifeministic’ or the result of poorly aligned values.

This is absurd for two reasons.

First of all: babies need their mothers. This need is especially desperate for babies who have not yet started crawling (which typically happens between 6 and 9 months of age) and who see their mothers as an extension of themselves, and not as separate human beings. For them, the experience of being away from their mom (or another primary caretaker) for more than a few moments can be terrifying.

However, many developed countries continue to expect women to get back to work far earlier than that.  In Switzerland, for instance, paid maternity leave amounts to merely 3.8 months, even though a 3.8-month-old baby is in no way, shape, or form prepared to be taken care of by strangers, no matter how well-intended or skilled those strangers might be.

Not surprisingly, many choose the best of two seemingly bad options: giving up their careers to become full-time moms.

When we tell women that they should get back to work as soon as possible, what we are really asking them is this: sacrifice your child or sacrifice yourself.

Steamroll over your young baby’s needs, or be relegated at work. That is a choice nobody should need to make.

Women who do choose to get back to work don’t fare much better though. The unreasonable demands placed on her time by most employers, who neither understand nor make space for the changes that go on in a woman’s life after birth, leave her feeling depleted and empty even hours before she gets home.

There is additionally a second very important reason why this debate is absurd.

The period after having a baby is one of deep psychological and personal transformation for the new mother. Ancient traditions have known this for millennia and created rituals and practices around it. In the Western world, however, where productivity and performance are valued above wellbeing, this is rarely accounted for.

Daniel N. Stern, the author of ‘The Birth of A Mother: How the Motherhood Experience Changes You Forever’, talks about a phenomenon called matrescence. In his own words: ‘’Having a child will redirect your preferences and pleasures, and most likely will realign some of your values. In a most startling way, it will influence all of your previous relationships, and cause you to reevaluate your closest associations (…).’’

When we allow this process of transformation to run its course, women emerge on the other side stronger, wiser, and ready to take on new challenges in the world. Cutting this process short, however, can induce deep feelings of grief, anger, and even prolonged post-partum depression.

Managers and HR personnel often confuse these symptoms with a woman’s inability or unwillingness to pursue their career goals after having children. While this may be true (and even necessary) during the short months after giving birth, it isn’t true in general. In fact, very often the exact opposite happens.

Matrescence isn’t only a process a transformation. It’s also a process of remembrance: remembering who you really are and what you want in life, including in your career.

In my case, for instance, having my firstborn put me in touch with my long-lost career ambitions. Until then, I had been a dentist, a training and education specialist, and a communication manager in the corporate world. All of those jobs had been fine, but they were a far shot from the career aspirations that had stirred my soul as a younger woman.

Earlier in life, I had wanted to have a deeper impact on the world of health. What had happened to that? What had happened to my desire to write? To my wish to guide people and help them lead better lives? It had all been replaced by the more ‘reasonable’ career goals that are often sold to women today: Get a degree in something reasonable. Don’t take risks. Climb steadily within your field and, whatever you do, make a good salary! How else are you going to become the self-sufficient, modern woman you are meant to be?

As you might have guessed by my colorful CV, I never did take that advice too seriously. However, I took it seriously enough to never really go for what I actually wanted. It wasn’t until I became a mother that I finally had the courage to admit to myself that, salaries aside, what I actually wanted was to have an impact with my work. That meant re-aligning my career objectives with the dreams I had left behind because they seemed too impractical or risky. The corporate world was simply no longer a match to those objectives.

I wish more HR professionals would understand that, if they would make space for the process a woman goes through after giving birth, they would have a lot more women of impact among their ranks as a result.

So were our grandmother’s right when they gave up their goals and aspirations to raise their children, or are modern women right when they choose to prioritize their careers above all else?

As we can see, the answer is not so simple.

It is believed that babies who are in constant physical contact with and consistently responded to by their mothers (or another primary caretaker) throughout the first 6 to 8 months of life will be not just able, but also happy and willing, to progressively separate from their mothers, provided that these stay within reach in case of need.

Therefore, lobbying for paid maternity leave of at least 9 months is a necessity if we truly want women to make it back to the workplace eventually.

Next, workplaces who want women to stay among their ranks after motherhood need to include on-site childcare facilities so that either mom or dad can continue to care for their children even after they get back to work. In Switzerland, efforts have already been made to create these spaces. Examples are The Village in Lausanne and Tadah in Zürich, co-working spaces for parents which either include or partner with childcare facilities in their surroundings.

”But political and social change might take a long time”, you might say. ”Is there something we can do right now?”

For starters, as women we need to stop pitching wars against each other about who is better, the housewife or the career woman? Because frankly, most of us are both. Perhaps if we would stop pouring our energy into senseless ideological wars and come together instead, we could find real solutions to the problems that affect us all.